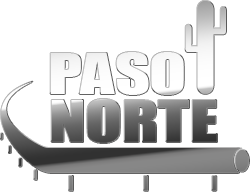 The Paso Norte Pipeline Project is a proposed international natural gas pipeline. It will deliver efficient, clean burning, and cost effective natural gas from the United States to a dynamic region of North Central Mexico; the western portion of the State of Chihuahua.

The proposed pipeline will originate and interconnect with the El Paso Natural Gas Southern Pipeline System at Deming, New Mexico; and proceed south to the international border of Columbus, N.M. and the Port of Palomas, Chihuahua. In Mexico, the pipeline will continue south and serve the communities of Palomas, Ascension, Nuevo Casa Grandes, and The Natural Gas Hub El Encino. 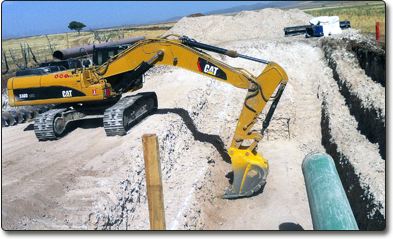 A 33-mile pipeline is planned from El Paso Natural Gas' Southern System to the New Mexico/Chihuahua Border. This interconnection will be located at EPNG's, Florida Station in New Mexico. The cost of this high-pressure pipeline is estimated to be $60 million.

In Chihuahua, the first stage of the project will be service to the port and municipality of Palomas, Ascension, the Apache Power Park and the Palomas Petrochemical Park in the county of Ascencion. Estimated length of this pipeline is 20 miles from the Border to the Apache Power Park. 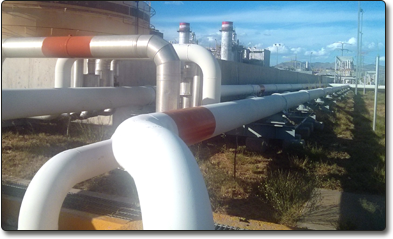 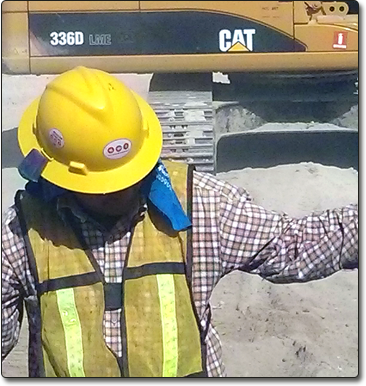 Western Chihuahua's main sources of energy are propane, diesel, fuel oil, and electricity. A population of 500,000 without natural gas. The municipalities of Palomas , Ascension and Janos are without municipal service. Nuevo Casas Grandes (pop. 104,000).

The PNP project supports all of the new enhanced Mexican Energy Reforms such as Autoabastecimiento and Porteo Programs. These 2 programs have paved the way for a privately owned and operated electrical generating park to provide service to the State of Chihuahua and the country of Mexico.

The new power generators are requesting special and competitive infrastructure requirements such as special power generation industrial park, that provide adequate gas supply and electricity transmission infrastructure, spur industrial economic growth; as is currently being seen at the Columbus/Palomas International Port of Entry. The Paso del Norte Pipeline (Mexico) can be a redundant supply source for the newly completed CFE El Encino to Topolobompo pipeline as well as redundant supply for the FERMACA southern pipeline to Guadalajara.

In summery, The Paso Norte Project is in a unique position to take advantage of the increasing energy needs of Mexico. This is due to its remote and strategically located position

Mexico is an importer of fertilizers based on Nitrogen (Urea and Ammonia) More than 1.8 million tons annually. The availability of natural gas in large volumes can support the development of a Petrochemical Park in northern Chihuahua to produce those products as well as Methanol, for the US and Mexican Markets.

Availability of natural gas can support the location and expansion of industries such as Ceramics, Agroindustry (dehydration plants), Greenhouses, Steel and Foundries and other energy intensive industries. The state of Chihuahua is one of the leaders of Mexican industry with more than 400,000 jobs in manufacturing mainly in Automotive, Aerospace and Electronic industries. The pipeline will serve strategically located industrial parks in the area.

The new Energy Reform Laws, passed and approved by the Upper and Lower Houses of the Mexican Legislature and signed by President Peña this past year; have had a positive impact on the Paso Norte Pipeline Project.

The new secondary laws broaden the opportunities in natural gas marketing and transmission, but also change the electric market landscape of Mexico

New electric power generators will be allowed to supply directly to a large range of “Qualified customers”. These “Qualified customers” represent and wide variety of industrial plants, industrial groups, commercial and service companies located through Mexico. A new “Wholesale Electric Market” is created and will be managed by CENACE. Transportation of Electricity is managed by CENACE, but private companies can also participate building and operating electric transmission lines.

These new laws have paved the way for investment in privately owned power electrical generation plants in Mexico.

The Apache Power Park will be a 400+ acre industrial site dedicated to attracting 3 to 5 gas fired electrical generating plants. These plants will be customers of the Paso Norte Pipeline Project in Western Chihuahua. The park will offer specialized services for power generation such as Power Lines for transmission, water, highway access and other specialized services.

Privately owned plants with long term leases in the power park utilizing special transmission lines to supply electricity through the Mexican Grid to any place in Mexico.

The location and characteristics of the Apache Power Park will be defined under a contract with CFE technical and engineering operations. 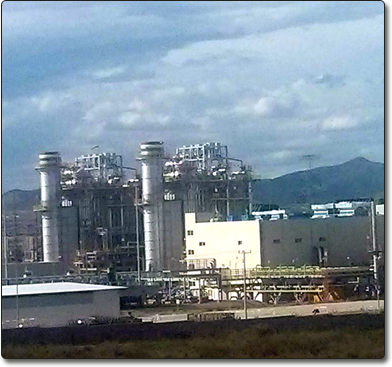 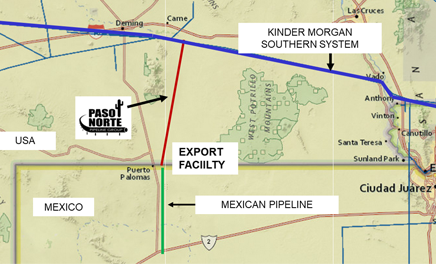